I love Cinnamon Bark! The smell reminds of Baking with my Mom & Grandma, so I love to cook with it. Checkout doTerra’s Mini Cinnamon Rolls a try.

I also like adding to my drinks. I add a drop to my water when I am working out. 1-2 drops in my Choffy or in my Wild Orange Tea. 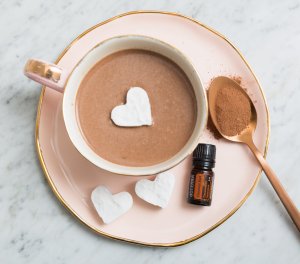 Cinnamon is derived from a tropical, evergreen tree that grows up to 45 feet high and has highly fragrant bark, leaves, and flowers. Extracted from bark, Cinnamon oil Cinnamon oil supports healthy metabolic function and helps maintain a healthy immune system when needed most.*

Due to its high content of cinnamaldehyde, Cinnamon should be diluted with doTERRA Fractionated Coconut Oil when applied to the skin and only one to two drops are needed for internal benefits.* Cinnamon supports healthy metabolic function and helps maintain a healthy immune system, especially when seasonal threats are high.* Cinnamon is frequently used in mouth rinses and gums.* Cinnamon has a long history of culinary uses, adding spice to desserts, entrees, and hot drinks.

View all posts by beyondabuseessentialhealing

This site uses Akismet to reduce spam. Learn how your comment data is processed.